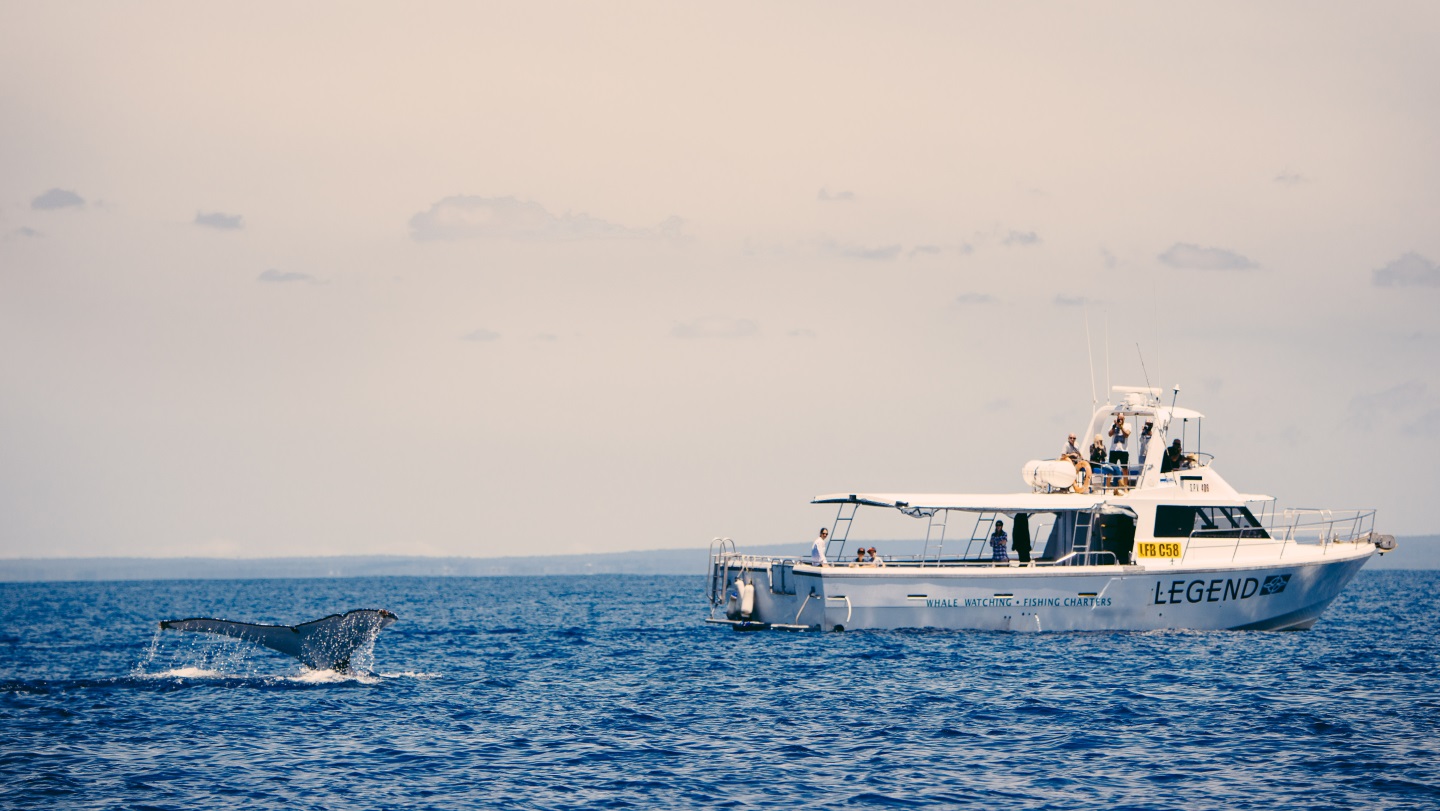 The Margaret River Region's extraordinary six month whale watching season is around the corner, with charters set to commence from the new $36.4 million Augusta Boat Harbour at the end of the month.

Tour boats will be operating for the first time from the extraordinary new harbour, which caters for the growing commercial and recreational fleet in the area.

Up to 35,000 Humpback and Southern Right Whales, and even the occasional rare Blue Whale, travel through the waters of the Margaret River Region on their northern migration.

“Flinders Bay in Augusta plays host to the first half of the season, then whales can be seen in the warmer waters of Geographe Bay from September to November, with tours departing from the townships of Dunsborough and Busselton,” said Ms Close.

“Whale watching is an iconic winter experience, and the spectacular new boat harbor at Augusta will significantly enhance the experience for visitors.

“We expect to see an increase in whale watchers this year as a result,” she said.

Sandy Jensen from Legend Charters said that they were gearing up for a bumper season, and had already spotted one of the first whales off the coast.

“My daughter was rolling her eyes when I told her I was dying to lay eyes on a whale again – then we spotted a humpback this morning!” said Ms Jensen.

Ms Jensen also referred to the new Augusta Boat Harbour as a 'game-changer'.

“It will allow us to run tours more consistently – we couldn't take people out to the boat via the dinghy with too much swell, now passengers can simply step aboard the vessel.

“It will also open up the market to people who are less agile – some people would turn up and take one look at the dinghy and say 'no way!',” she said.

Tours are scheduled to commence in the last week of May, and run until November.

A Blessing of the Fleet Ceremony will be held at the new Augusta Boat Harbour on Sunday 31st May, to celebrate the launch of the season.