As the weather warms up, so does the offering of locally and seasonally inspired tipples for visitors to enjoy.

East Gippsland brewery Sailors Grave Brewing has produced a limited release Gose-style beer to reveal the secrets of mysterious Skull Rock, an island off the coast of Tidal River shrouded in mystery. Coinciding with the launch of award winning Pennicott Wilderness Journey’s new eco-tour from Wilsons Promontory, the approachable beer is made using native South Gippsland ingredients Karkalla and Native River Mint. With the support of Visit Victoria, in an Australian first, the beer will feature an Augmented Reality experience produced by a local independent creative technologist to bring the story of Skull Rock to life. Available from leading craft beer bottle shops.

Melbourne’s Spring Carnival not only sees the return of racing royalty but also the release of Four Pillar’s annual Christmas Gin. Distiller Cam Mackenzie uses the exact 1968 Australian Women’s Weekly recipe his mum used to make her Christmas puddings, which are used in the distilling process, along with juniper, cinnamon, star anise, coriander seed and angelica. Four Pillars age this gin in several Muscat barrels that are over 100 years old, including two 125-year-old ex-William Grants whisky barrels that stored Rutherglen Muscat for 80 years. 2a Lilydale Road, Healesville, Victoria, 3777. (03) 5962 2791.

Such was the popularity of Big Tree Distillery’s Cumquat infused gin that the Macedon Ranges’ distillery has brought it back again this season with its very only label. The distillery continues to foraged enough cumquats to make this citrusy smooth gin. Guided by the seasons on the farm, Big Tree Distillery decided to have a bit of fun and produce an ever-changing gin to reflect the seasons and life on the farm. 307 Hennerbergs Road, Newham, Victoria, 3442.

If the first two releases are anything to do by, this third edition of Animus Distillery’s Davidsonia plums gin will be again be popular. The Kyneton distillery have used a variation of their over-proofed Macedon Dry recipe as a base for steeping the Davidsonia plums, with the spice of this gin beautifully complementing the rich and vibrant character of this unique fruit. This unique gin has a distinctive palate of sour plum, raspberry and feijoa rounded out by with the juniper and citrus. 1/89A Piper St, Kyneton, Victoria, 3444. (03) 5403 2431.

The imminent return of the festival season has the team has Beechworth’s Bridge Road Brewery busy with their seasonal release of Fat Man Red Suit Big Sack and Magical Christmas Unicorn in time for the holidays. Located in one of Australia’s few remaining hop regions in Victoria’s High Country, the ‘Fat Man’ has been created as an Australian Christmas Ale, that combines the rich toffee malt flavours with the big hop aroma and flavour. Inspired by the magical pillars of the universe; Unicorns, Christmas and Ice Cream, the brewers have combined them into a unique vanilla ice cream ale. Old Coach House Brewers Lane, 50 Ford Street, Beechworth, Victoria, 3747. (03) 5728 2703.

Mornington Peninsula’s Bass & Flinders distillery have released two new gins to their line up of spirits and liqueurs with Orient and Maritime. The Orient is a contemporary take on the rich spices and flavours of the East with accents of Australian native botanicals.⁠ This racy, tangy gin is bursting with flavours of sweet mandarin, native strawberry gum and kaffir lime leaf to balance dry juniper notes. While the Maritime has been inspired by the coastline, sea breeze and rocky shores of the Mornington Peninsula. Locally foraged kelp and samphire as well as locally harvested vine leaves compliment dry juniper notes, while coastal saltbush, lemon myrtle and currant bush provide depth of flavour reminiscent of the Australian bush that hugs the coastline of the Mornington Peninsula.⁠ 40 Collins Rd, Dromana, Victoria, 3936. (03) 5989 3154.

Loch Brewery & Distillery have released a limited-edition G&T Gin just in time for summer. The South Gippsland distillery have used locally sourced and sustainably-harvested native botanicals which are added to traditional gin botanicals and Bergamot to provide a long citrus finish. Leading with juniper & mountain pepper berry on the palate, it progresses to a full citrus finish for the perfect gin and tonic. 44 Victoria Road, Loch, Victoria, 3945. 0414 590 474.

Visitors can enjoy a drink and help save lives with a limited release by Mornington Peninsula’s Jetty Road Brewery. The Lyndonweisse beer, named in honour of the brewery’s late friend Lyndon Williams, is a traditional German wheat beer. Complete with customary moustache on the beer can, Jetty Road Brewery will donate 100 percent of the profits from the Lyndonweisse to Movember Australia, a charity committed to changing the face of men’s health. 12-14 Brasser Ave, Dromana, Victoria, 3936. (03) 5987 2754.

Two of Ballarat's finest have collaborated on a new gin. Contemporary European restaurant Lola Ballarat has teamed up with award winning local distillery Kilderkin to create a bold gin in time for summer. The handcrafted premium distillery are known to produce exciting seasonal gins, including limited release Bramble, made from blackberries specially cultivated in the Yarra Valley, and Cherry Lush. Lola Gin is available exclusively through the intimate restaurant at The Provincial Hotel in Ballarat. 121 Lydiard St N, Ballarat, Victoria, 3350.  (03) 5331 3399. 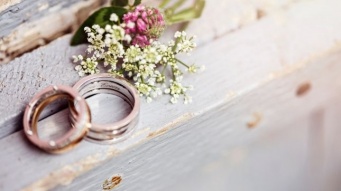