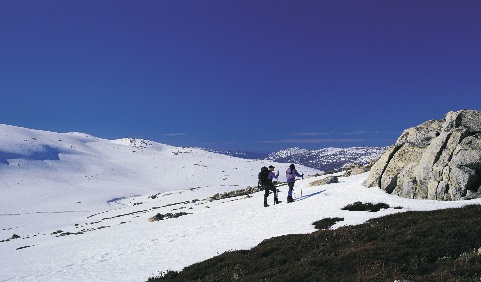 Must do 'only in NSW' experiences for this June Long Weekend

As the weather cools and with June long weekend just around the corner, Regional NSW is the hot place to be with more than 25 million visitors expected to holiday in the Australia's most geographically diverse state this winter.

NSW Minister for Trade, Tourism and Major Events Stuart Ayres said: “Regional NSW visitation doesn't slow down in the cooler months and it's easy to see why. New South Wales is Australia's most geographically-diverse state with lush rainforests, pristine beaches, snowfields and the Outback's rugged beauty all vying for attention. It's a great time to get out and about in Regional NSW.”

Destination NSW Chief Executive Officer Sandra Chipchase said: “Autumn and Winter are a fabulous time to get out into Regional NSW, and with the June long weekend just weeks away, now is the perfect opportunity to discover a host of experiences and attractions that are special to our State.”

According to data from NSW Government's tourism and major events agency, Destination NSW, about 25 million visitors made an overnight or daytrip visit to Regional NSW from April to September last year.

Destination NSW offers these suggestions of 'only in NSW' experiences and attractions to be enjoyed over the colder months and this June long weekend:

1. June long weekend marks the official start of the NSW snow season. So don your snowshoes and climb Australia's highest peak, Mount Kosciuszko. Snow season kicks off with the Peak Festival, a four-day festival of music, play and partying over the June long weekend.

2. Book a weekend at Australia's most easterly point in the Assistant Lighthouse Keeper's Cottages at Cape Byron, where you can watch the sunrise and see whales migrating from your balcony.

4. Looking for warm weather, then consider a weekend away to Lightning Ridge in Outback NSW. Enjoy daily winter temperatures of 20 degrees and try your luck at finding Lightning Ridge's illusive black opal. Lightning Ridge is thebirthplace of the exquisite black opal and the only place in Australia where the stone is found and still mined.

6. Ride the world's steepest incline railway, the Scenic Railway at an incline of 52 degrees and a descent of 415m, at Scenic World in the Blue Mountains. While in the Blue Mountains, tick off another 'only in NSW experience' by visiting Jenolan Caves, which began operating in the 1880's and is the longest continually operating tourist destination in Australia.

7. Journey along the official Australia's Oyster Coast, from Greenwell Point in the Shoalhaven to Eden on the far South Coast, and visit 'oyster gates' brimming with fresh Sydney Rock, Pacific and the native Angassi oysters straight from the grower.

8. Hike the world's second largest canyon, Capertee Valley near Lithgow. Surrounded by the wonders of World Heritage Listed wilderness, Capertee Valley is a bird lovers paradise and is considers as one of the top 50 birdwatching locations in the world. From the 13-14 June is the Glow Worm Tunnel Trail Running Weekend, a perfect event for amateur and experienced runners.

9. Ride the world's longest and Australia's first rollercoaster zipline on the Central Coast. The incredible TreeTop Crazy Rider Xtreme is the longest in the world at 1km long, four times the length of any other.

Events not to miss this June Long Weekend in NSW:

Share your favourite NSW only experience or event with Destination NSW @VisitNSW and #NewSouthWales.

For more information go to visitnsw.com.