Veteran Aussie funny-man Lawrence Mooney may have called his show Surely Not!, but it surely did: he just took out the coveted gong of Local Best of the Fest at the Sydney Comedy Festival. By popular demand, new shows have been announced for Friday 20th and Saturday 21st November at The Comedy Store, EQ Moore Park, Sydney.

“Lawrence Mooney… is an absolute joy and right now, he’s performing some of his best work yet.” – The Music, April 2015

Surely Not! is a comedic reflection on all things prompted by the demise of a family member in the UK. The mournful event is the motivation behind a journey for Lawrence with his two brothers. The trip prompts a lot of reflection on life and death and relationships, from which he extracts an unforeseeable amount of comedy and a healthy dose of empathy.

As seen on Dirty Laundry Live and Its A Date, he is one of the most versatile performers in the country with a solid background as an intelligent, fast thinking Stand Up Comedian.

Surely Not to be missed, don’t miss this great opportunity to see one of Australia’s comedic national treasures in his award winning performance!

"Rare to see an act so mature, refined and funny" – THE AGE

"There were audible gasps for air from the audience, they couldn’t take any more sidesplitting laughter." – THE MUSIC

"★★★★. There are few safe bets at the Comedy Festival: Lawrence Mooney is one. “– HERALD SUN

"★★★★. Mooney has a great stage presence. Very like-able, and even a little charming." – THE CLOTHESLINE 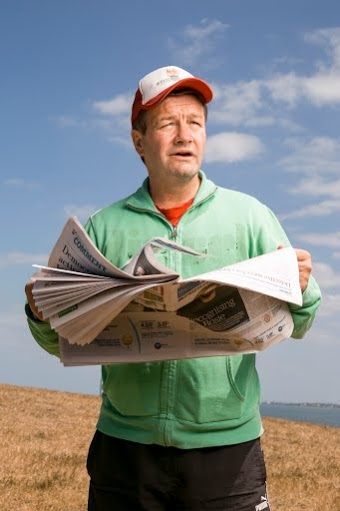